Less than 100 km from both Bergamo and Brescia, Iseo Lake (aka Sebino) is one of the least known Lombard lakes. Shut in by soaring mountains, it’s a magnificent sight. About halfway along the lake, a mountain soars right out of the water. Iseo lake is fed by Oglio river that with his 280 kmt is the 6th river in italy .The lake is almost equally divided between the provinces of Brescia and Bergamo.

In the middle of this lake there are 3 magnificent islands called “Perle del Sebino”: Monte Isola, San Paolo island and Loreto island.

For a long time Lake Iseo and Monte Isola was Italy’s best kept secret but after the Floating Piers made by Christo it has become a well-known tourist destination.

Monte Isola is a beautiful island at a short distance from Milan airports, in a unique and charming setting where no cars and stress are allowed, a real italian pearl that in 2002 has been chosen as one of the most beautiful village in italy. The current municipality was formed in 1928 following the unification of the ancient villages of Peschiera Maraglio and Siviano. The municipality of Monte Isola also includes the two islands of San Paolo (south)and Loreto (north).

The island has 11 villages, some of which are very close to the lake and link the island to the mainland, such as Peschiera, Sensole, Porto di Siviano and Carzano. On the island lives 1800 people. On Monte Isola there are no cars only scooters and a public bus that connects all the villages. Those who have their own company on the island can have a little ape car for commercial transport.

A one-hour ride around Monte Isola will give you the chance to start getting to know the island. You can also walk around the island or along the paths leading from the lake up to the top of the mountain, where you can visit the Madonna della Ceriola Sanctuary. The sanctuary, which hosts the most ancient church on the island,built in 1500, probably on the ruins of a chapel of the XI century,is a point of interest for the whole lake, not only for the environment and scenery, but also from an artistic point of view.

While walking to the sanctuary don’t forget to stop and visit the ancient hamlets in the heights of the island.

The other easily accessible paradise during The Floating Piers of Christo was the Island of San Paolo, which houses the homonymous convent and is privately owned by the Beretta family.

The monastery was built and developed, over the years, on an islet which was originally considered to be a desert and abandoned rock. During the 11th cent. the Mozzi family took possession, probably illegally, of the islet. In 1091 they gave it back to the Cluniacs that remained until 1700, after that the island changed a lot of private owners.

In 1894 the Monastery was destroied by Carlo Trabattoni who built a part of the actual villa. It seems at the end of 19 century the island was accessible on foot by Sensole with a footpath, walkable at certain times of the year. In 1915 Beretta bought the island and they have been the owners for 102 years.

The Islet of Loreto is situated north of Monte Isola, opposite Carzano. There are not many information about this island , we know that it has been uninhabited for centuries.

At the end of the 15th cent. the islet was taken over by the Santa Chiara Sisters of the Convent of Brescia, who decided to build a convent. In the 20th century a Neo-Gothic castle, with a small harbour, two towers and a surrounding conifer park, had been built by Sir Vincenzo Richieri. The castle stands on a facing the lake. Now it’s a private property, the owners come only 2-3 times a year on holiday.

Powered by Mauro Visconi and NOTABENE 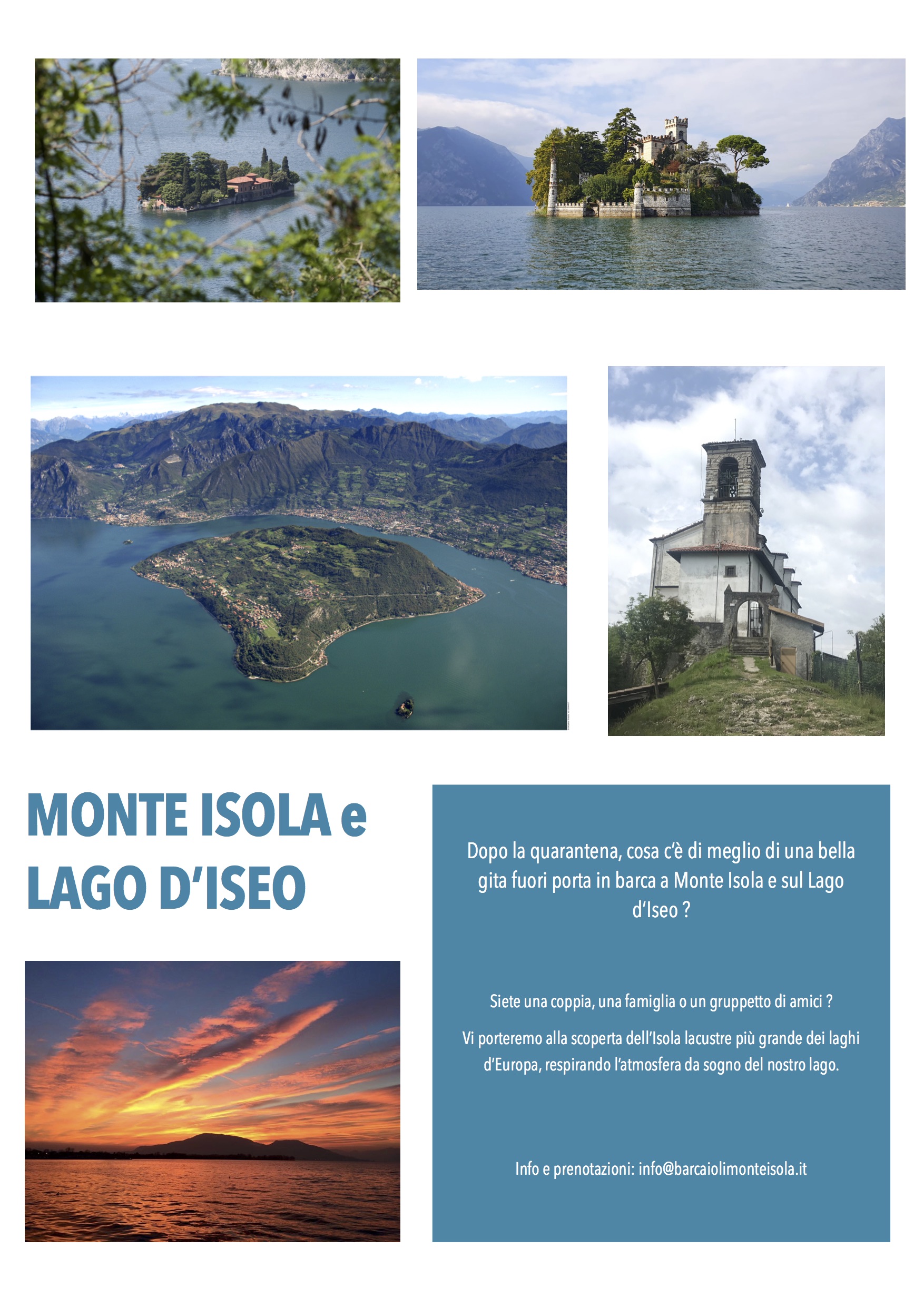